Before you can make a sedimentary rock, you must create sediment from preexisting rocks through weathering.

Weathering: The process by which rocks and minerals at the Earth's surface are physically and chemically broken down. All weathering involves the rock's reduction into smaller (sometimes molecule-sized) pieces.

Erosion: What weathering is not - the physical removal of the weathered material.

Weathering is typically a combination of both chemical and mechanical processes:

This occurs through a distinct sequence of events. First, joints form in rocks at or near Earth's surface. Then, those joints are enlarged by a set of secondary processes.

Sources of jointing include: Secondary processes: Once the joints are there, they can be enlarged: From Bruce Railsback, University of Georgia Talus: In the absence of any further modification, the products of these forms of mechanical weathering often pile up in large cones of "talus" at the base of slopes mountainous regions. Mossman Gorge, QLD, Australia - Isotropic basalt weathers into spherical boulders.
Of course, the properties of the rock being weathered will strongly influence the character of the weathering: Kaimu, HI. Now buried under a lava flow.
If all weathering were mechanical, we would expect weathering products to resemble parent materials in miniature. Is this what we see? Consider my Hawaii trip. Lots of quartz sand beaches, but even on basaltic Hawaii, very few black-sand beaches like the one at Kaimu (right), with grains of olivine, pyroxene, and plagioclase. Apparently, different materials are broken down chemically at different rates.


Mechanisms of chemical weathering: Having said this, lets consider some specific ways in which minerals equilibrate with the environment. 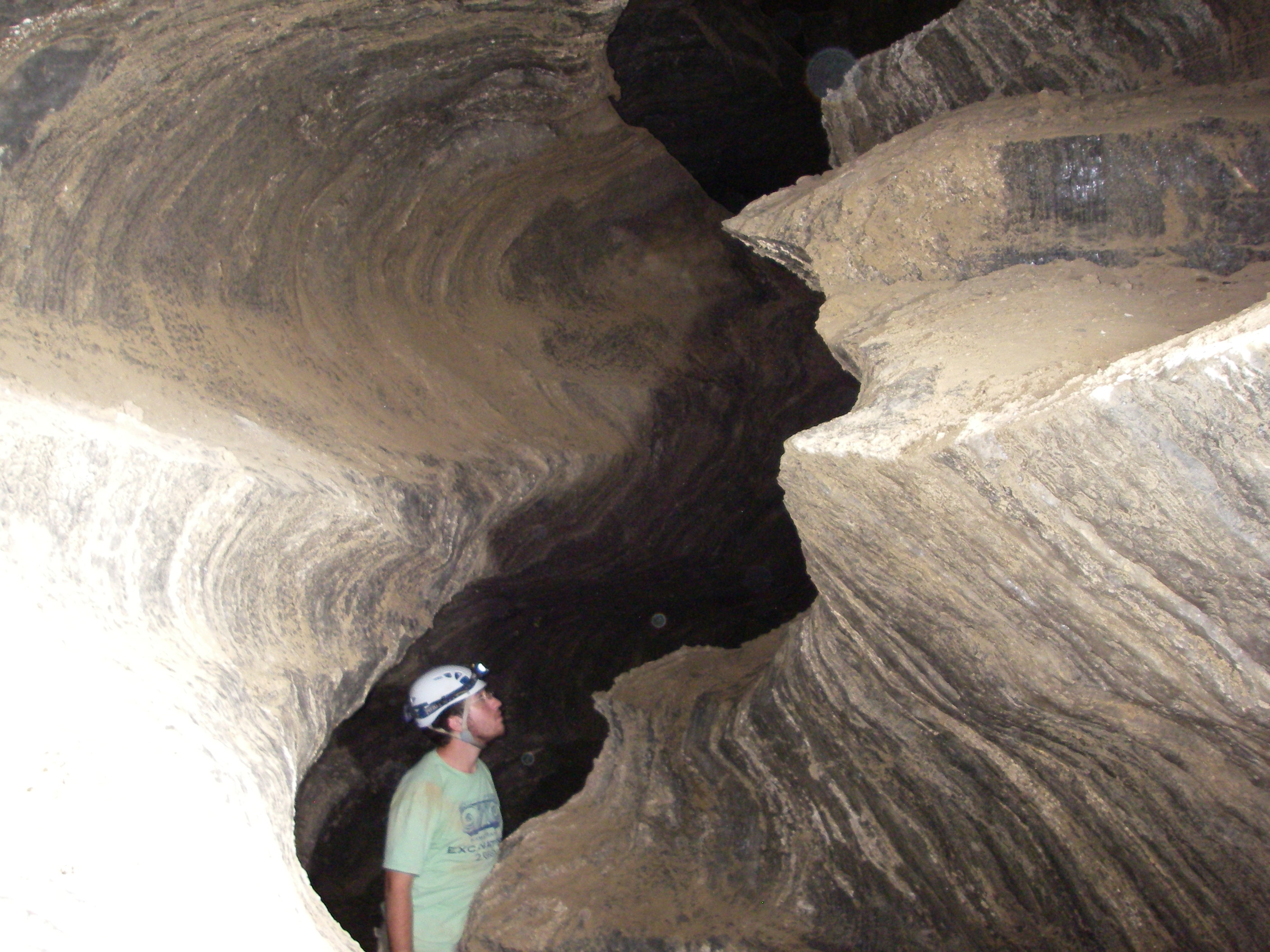 Geology of the Wessex Coast of Southern England - Ian West Once released, when a hydrogen ion encounters CaCO3, it may replace the Ca2+ through cation substitution. Limestone exposed to meteoric water - Tulum, Quintana Roo, Mexico.
The products are highly soluble, and enter solution. This process dissolves limestone, yielding open cavities. Since all rainwater is slightly acidic exposed carbonates are etched by solution. This ultimately creates cavities that can be the size of large buildings, or even remove entire units of limestone, leaving remnant karst towers. Orthoclase pseudomorph in kaolinite from
Substitution of H+ ions can also cause alteration into a different solid with different mechanical properties.

In this case, the orthoclase is replaced by kaolinite, and K+ and SiO2 ions in solution. Whereas orthoclase was a blocky, three dimensional mineral, kaolinite is a 2-dimensional platy mineral. Consequently, its mechanical properties are very different and much less resistant to mechanical weathering.

From University of Georgia Geology

As the table at right shows, eH is more positive (i.e. oxidation and reduction are more likely) in environments with:

In contrast to Earth, the surface of Mars is permanently frozen, largely bereft of liquid water, lacks a biosphere (?) and has a reducing atmosphere. No surprise that there, basalt is actually the most common constituent of sand.