The Biomechanics of Swimming

The biomechanics of swimming boil down to two major concepts:

Drag: the resistance to movement of a body through a fluid, occurs in two varieties:

The relationship of form and frictional drag is represented by the

Note: The numerator shows inertial forces, or the tendency of discrete particles of fluid to resist changes in velocity and continue to move uniformly in the same direction. The denominator - viscosity, or resistivity to shearing or deformation. For our purposes, we can simplify to:

Easy to calculate, but where, exactly, are form and friction drag represented?

Since density & viscosity are essentially constant within an environment, they essentially cancel out, leaving:

Ultimately, the Reynolds number addresses the behavior of the boundary layer that surrounds an object moving through a viscous fluid. That layer is influenced by the viscosity of the fluid and the speed of the object.

Consider the familiar example of raindrops on a moving car:

As a first order approximation, the Reynolds number in water is a function of velocity and length. So.....

Large or speedy swimmers operating at higher Reynolds numbers (greater than 10,000) have a greater need for streamlining than smaller or slower ones operating at lower values (less than 100). E.G.:

But how do we accelerate an animal to the point that we need to think about Reynolds numbers in the first place? By water displacement. All swimmers use displaced water as a reaction mass to move their bodies forward (Newton's third law of motion.) This happens in three general ways: Many creatures, especially chordates, use the sides of their torso to displace water during axial undulations in which the body is thrown into a series of S-curves that propagate rearward. If living primitive chordates like Branchiostoma, hagfish, and lampreys are any guide, the ancestral chordate's body was probably long and sinuous, and most of it was used in propulsion. From this ancestral state, axial locomotion has been variously derived in vertebrates.

We break points on this trend into three common conditions, but actually they are arbitrary points along a continuum:

A second trend - accelerators: Deepening and lateral compression of the body for acceleration. Many vertebrates operate at low Reynolds numbers but need to be able to accelerate quickly. In these, the depth of the torso increases to facilitate the rapid displacement of larger volumes of water without increasing length and Reynolds number. This morph, optimized for rapid acceleration at low absolute speeds, is typical of:

The biomechanical constraints of swimming give us robust criteria for rejecting hypotheses of ancient creatures' life habits. 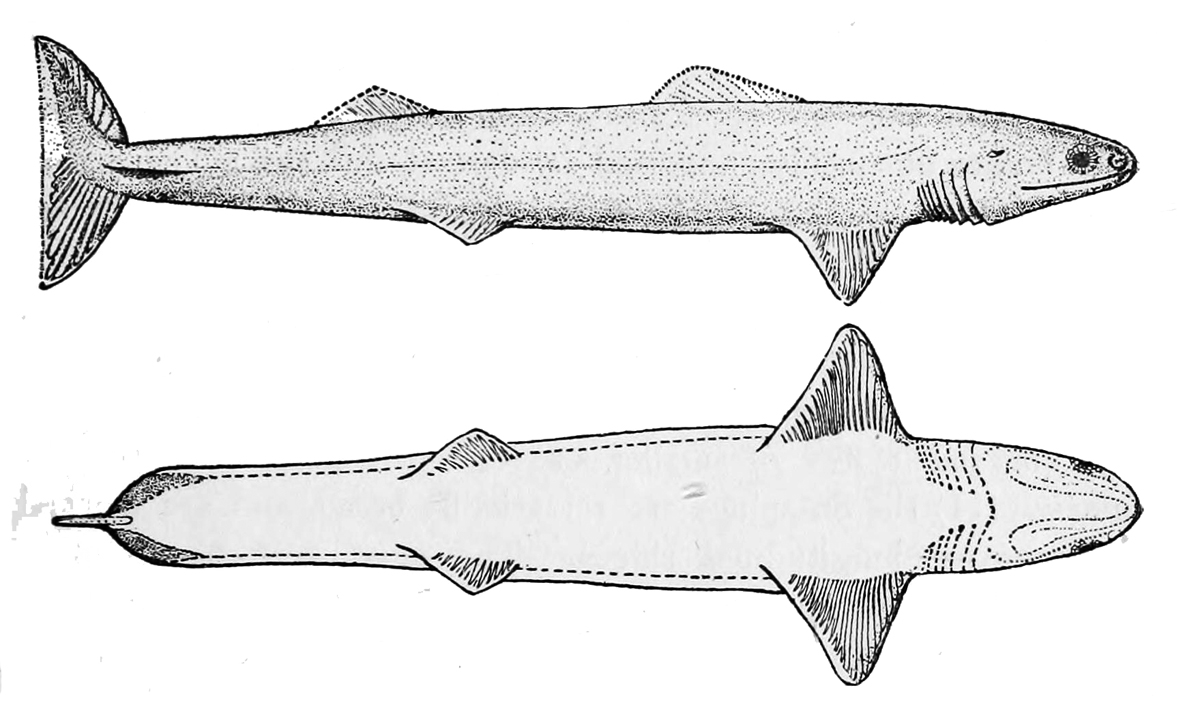 Chaohusaurus geishanensis from The History Blog