Key Points:
•Hypotheses of the phylogeny of living echinoderms are currently in a state of upheaval. This review assumes that both Pelmatozoa and Eleutherozoa are monophyletic, following the emerging majority view of the last decade.
•Crinoid morphology is distinct from that of other stalked echinoderms.
•Of the major crinoid groups, only Articulata survived into the Mesozoic.
•The Post-Paleozoic world has been hard on crinoids, who have either retreated to marginal habitats or significantly altered their morphotype.
•Although we think of Eleutherozoa as the "modern" echinoderms because of their success in the Post-Paleozoic oceans, they are roughly the same age as Pelmatozoa.
•Eleutherozoa contains Asterozoa (starfish and brittle stars) and Echinozoa (echinoids and holothurians) and their fossil relatives.
•Ophiuroidea (brittle-stars) are scavengers on particulate and larger food fragments, very common in the deep oceans.
•Asteroidea include predatory forms.
•Somasteroids - stem asterozoans - are flattened, five-armed deposit/suspension feeders.
•In contrast to other Eleutherozoans, echinoids have a robust fossil record.
•Echinoid evolution presents a series of interested paraphyletic grade groups leading up to Clypeasteroida - sand dollars.
•Holothurians have an especially poor record, as their skeletons are not integrated. Encompass a range of shallow and deep marine deposit feeders.
•Ophiocystioideans represent stem echinozoans with features suggestive of echinoids and holothurians.


We now explore the crown group of Echinodermata, containing: Remember, the realization that Pelmatozoa is monophyletic only came during the last decade. (See Ausich et al. 2015, Sumrall, 2015, and Sumrall, 2017.) 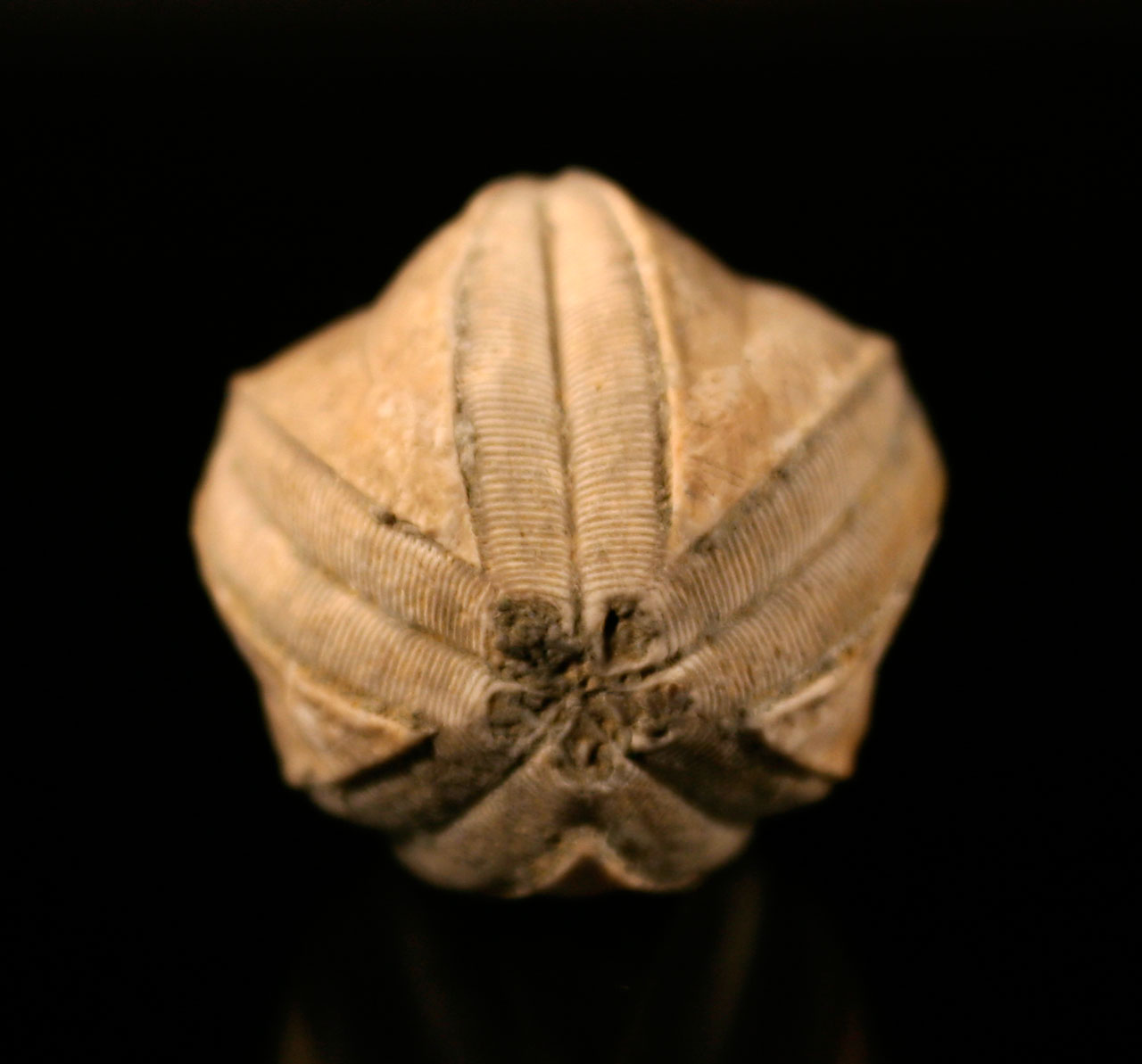 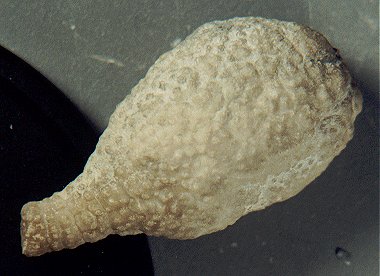 Evolutionary trends: Rhombiferans and dipoporites were never common, but achieved their peak early - in the Ordovician, then declined slowly to be extinguished in the Late Devonian.

Suspension feeders: The crinoid points its oral surface downstream then arches its arms into the current. Crinoids can quickly orient themselves on their stems using a bizarre trick: The connective tissue running down their stems can be partially emulsified by nervous impulses, thus rapidly altering stiffness. Wow. Actinocrinites gibsoni
What is your assessment of the morphology of the crinoid at right:

Phylogenetic systematists have only just begun their exploration of crinoids, so we offer no synopsis of phylogeny here. Interested students can refer to Ausich et al. 2015. Traditionally, crinoids break down into three major groups that we present for descriptive purposes: 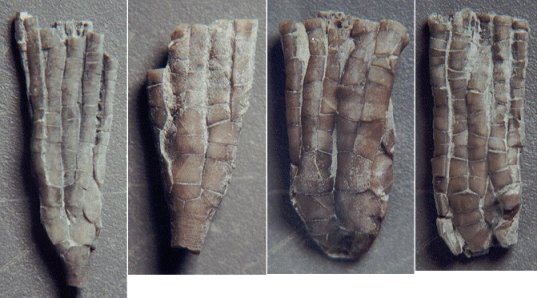 From Review of the Universe
Asteroidea ("starfish" or "sea stars") - (Ord. Rec.) Taken as "standard" echinoderms for illustrations of tube-feet, the WVS, etc. only because they are familiar and accessible. Actually quite idiosyncratic. Hudsonaster matutinus (Ord.)
Fossil Record: Although common today, aspects of starfish biology limit their preservation potential: And yet we have fossils of Ordovician starfish that are similar to living ones in anatomy. (E.G. Hudsonaster right). The Devonian, Permian, and Triassic extinction events each trimmed their diversity, but after each, they rebounded with a proliferation of new groups. 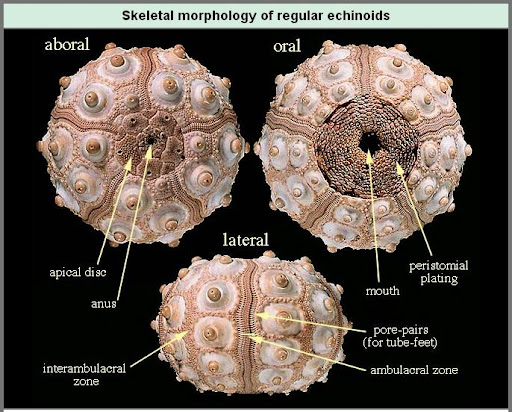 Echinoid anatomy from this 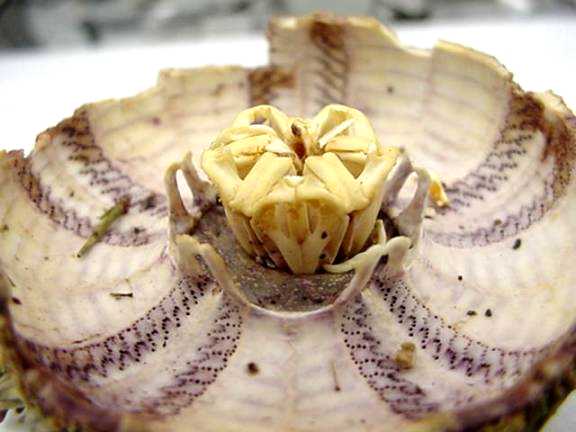 Interior of Aristotle's lantern from Microscopy.uk Holothurian shows four of five ambulacra.
Holothuroidea: (sea cucumbers) (Sil. (maybe Ord.?) - Rec.) Suspension and deposit feeders whose body plan resembles that of a regular echinoid that has been: The result is an animal with a mouth in front, an anus in back, two ambulacra on top and three underneath (on which it walks). What would an animal close to the close to the ancestry of Echinozoa look like? Arguably like an ophiocystioid. Considered by Rahman et al., 2019 to be a paraphyletic grade of stem holothuroideans.