Key Points:
•"Functional morphology" studies the connection between organismal form, behavior, and dynamics.
•Upon scrutiny, the term encompasses at least three distinct approaches: Biomechanics, theoretical morphology, and paleontological applications.
•Morphospace is the theoretical universe of possible organismal morphologies. Depending on one's approach, it can be defined in terms of measured anatomical features or through multivariate statistical analysis.
•Morphospace resembles the "adaptive landscape" metaphor of Sewell Wright.
•Ecological morphospace represents the morphospace occupied by inhabitants of a given environment.
•So much in functional morphology depends on the assumption that natural selection is the sole determinant of morphology, however this "adaptationist program" is regarded as naive by some. Structural constraints, evolutionary heritage, pleiotropy, competing selective pressures, and generic variation can all impart their own non-adaptive signal.
•Testable functional hypothesis can be difficult to develop.
•The comparative method - the interpretation of one organism's features by analogy with those of a better known organism - is a tradition in biology, but can be difficult to implement.
•Some hypotheses are clearly testable, including whether a particular function would require a biological material to exceed its known strength or a muscle to to exceed its known energy output.

"Whether it be the sweeping eagle in his flight, or the open apple-blossom, the toiling workhorse, the blithe swan, the branching oak, the winding stream at its base, the drifting clouds, over all the coursing sun, form ever follows function, and this is the law. Where function does not change form does not change."
(Louis H. Sullivan, 1896.)


In general, functional morphology is the analysis of the mechanical and evolutionary relationship of anatomical form to organismal behavior and dynamics. As such the topic is of great interest to paleontology, holding out the hope that a sufficiently rigorous analysis of a fossil taxon's form might enable us to infer its behavior in detail.


Origins and biases: But why would we even expect there to be a connection between form and function? Our faith in this idea springs from three sources:

This only seems explainable in terms of the primacy of natural selection.

However, When examined in detail, people calling themselves functional morphologists don't all do the same things. In fact, three broad categories of related but distinct research tend to get conflated under this term:

For more information on this, see Merck's lecture notes from BSCI392 on the biomechanics of:

Obviously, this only works directly on living organisms, however observations of them can indirectly illuminate interpretations of ancient ones.

Parameters of gastropod coiling from Palaeos

Comparison of bird and pterosaur flight adaptations from Witton and Habib, 2010

As paleontologists, we are primarily concerned with the last two.

From Blackwell Publishing
Theoretical vs Functional Morphology: The description, in abstract terms, of morphospace - the universe of possible organismal morphologies. Morphospace is, by necessity, an abstraction. Typically, the range of morphological variation in comparable organisms is reduced to two or three principle axes. These may be:

Murex pecten from Wikipedia
Caveat: The degree to which these favored measurements truly encompass morphological diversity is not knowable. Raup attempted to reduce coiled mollusk shell morphology to three parameters: Tweaking these parameters produces a wide range of shapes. But as the Murex example at right shows, these parameters can vary at different points along the aperture and during growth to produce a far greater range of functionally significant forms.

Raup's mollusk adaptive landscape
Morphospace and adaptive landscapes: Despite its limitations, Raup's initial work revealed a pattern that has been observed many times: The actual distribution of known organisms is often clustered within a specific region of theoretical morphospace. With Raup 1967, the distribution of known planispiral mollusks (ammonoids, primarily) clustered around two peaks (one evolute and one involute planispiral) and entirely avoided the region of morphospace in which successive whorls were not in physical contact. In contrast the spirula, with an internal shell sits well within this otherwise forbidden zone. Invokes two lines of thought:

Ecological morphospace: Modern and ancient environments can be characterized in terms of the morphospace occupied by their occupants, as in Van Valkenburgh, 1988.

The spandrels of San Marco

The adaptive landscape, and much of functional morphology, rests on the notion that adaptation under the influence of natural selection is the paramount determinant of morphology. For much of the 20th century, morphologists counted on this. Could they reasonably do so?

Gould and Lewontine (1979) took aim at the notion, and the reflexive tendency of "pan-selectionist" researchers to offer adaptive secenarios for every aspect of morphology. They compared this to attempts to infer structural function to spandrels, sections of wall filling spaces between load-bearing components like arches and domes in classic Medieval churches. (See the spandrels of San Marco right) In fact, spandrels are just space-fillers between functional elements.

A biological comparison: the human chin - a functionless feature that is a developmental consequence of the reduction of the anterior tooth row.

The panda's thumb from Athro Limited
Non-adative influences on morphology include:

The result is that few structures are adaptively optimal, as in the classic panda's thumb. (Another structure constrained by evolutionary history.)

So how can we test a functional hypothesis for a morphology? Prothero provides a consensus list of methods: 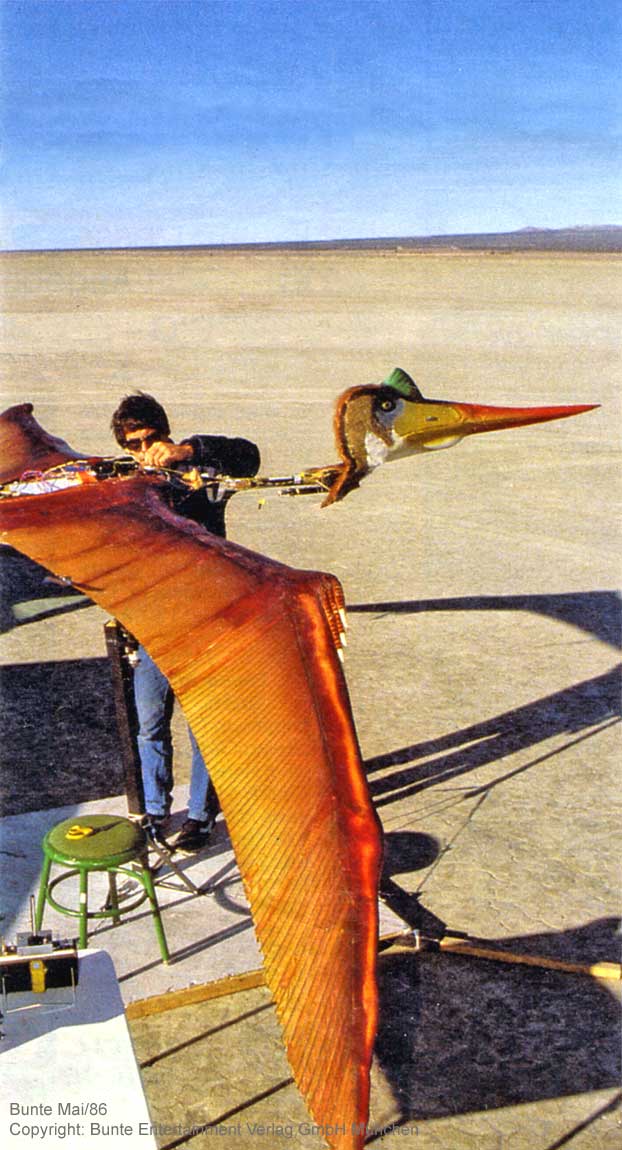 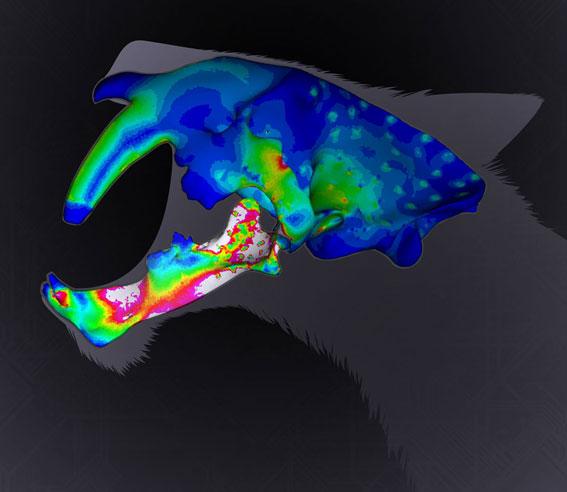 Egg-shape morphospace from Deeming and Ruta, 2014 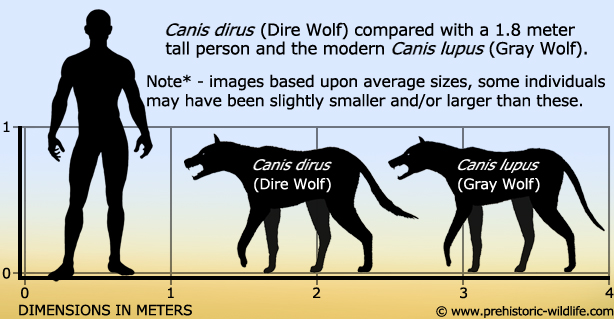 Structures that appear functionally analogous are our starting point for the development of hypotheses about life-style. E.G. numerous anatomical characters demonstrate that the extant timber wolf and the extinct native North American dire wolf (right) are closely related and generally similar. They differ mostly in that the dire wolf's skull and teeth were more robust - a little closer to what one sees in spotted hyaenas or other bone-crushing animals.

Thus, we speculate that the dire wolf was generally similar to the timber wolf, but better adapted to bone crushing. Because we are dealing with an organism and with biomechanical functions that are well understood, this contention can be evaluated with any of the methods listed above. 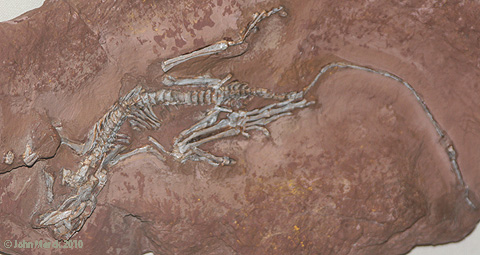 Eudibamus cursoris
With less familiar creatures, or creatures that are less biomechanically constrained, we face greater difficulties. Consider the Permian bolosaurid reptile Eudibamus cursoris (Berman et al., 2000). Considered, largely on the basis of its small forelimb to hindlimb length ratio to be facultatively bipedal. (Indeed, bipedal lizards typically do show such a ratio.)

Alas, so do other, ecologically dissimilar reptiles, including vertical clingers and leapers like Boyd's forest dragon. In this light, speculations on Eudibamus' locomotion seem reckless without taking a wider range of variables into account.

Scleromochlus from Bennett, 2020
Doing it better: There are several multivariate statistical analysis methods including principal component analysis that can identify the major sources of variation among specimens. These will be discussed in a later lecture. For now, understand that like the examples given above, they provide a basis for comparison of extinct and living taxa. Unlike them, they also provide an algorithmic approach to identifying and weighting the variables of greatest interest. A recent example: Bennett, 2020 who determined that the enigmatic tiny archosaur Scleromochlus was specialized for leaping similarly to frogs. 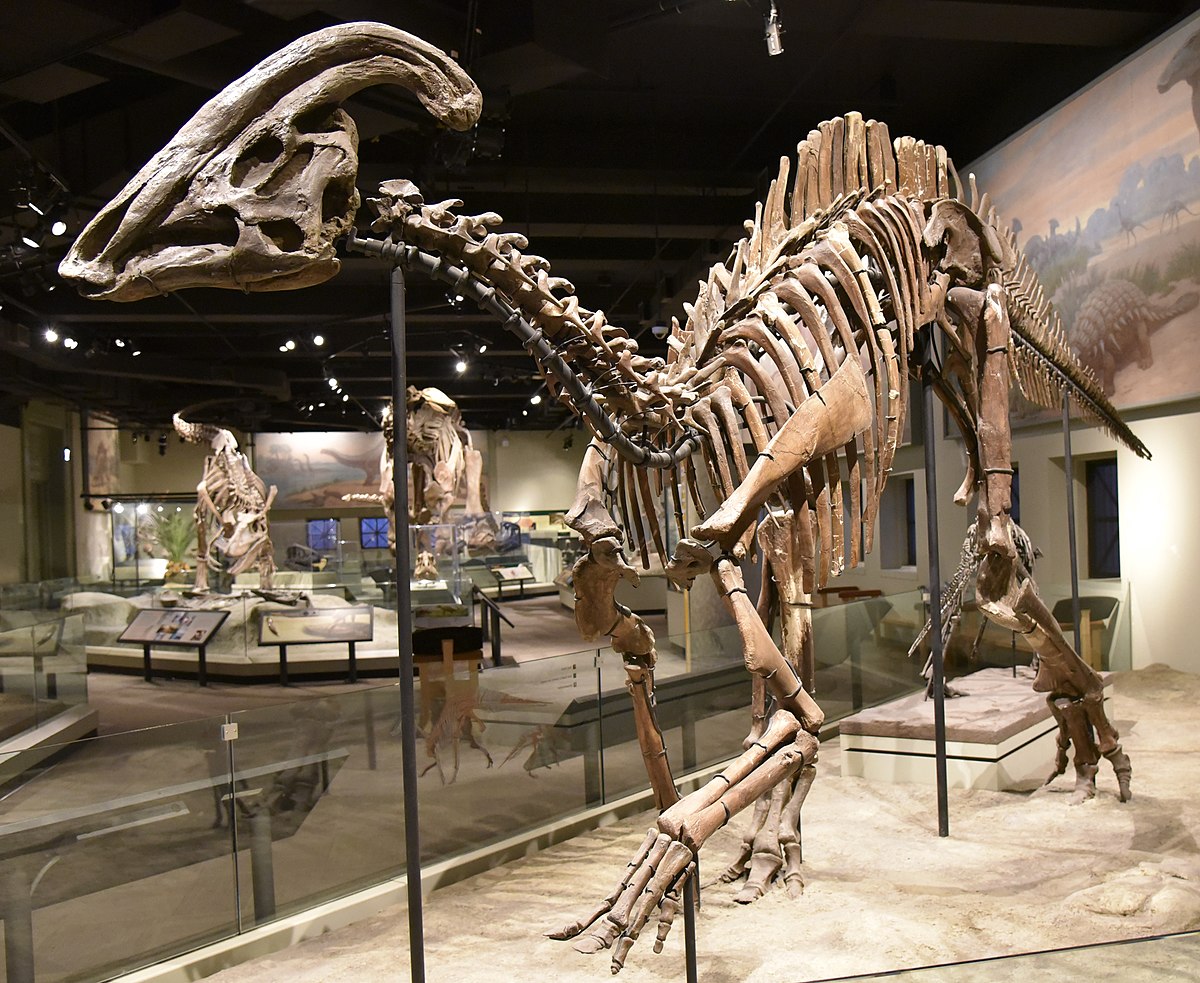 Parasaurolophus from Wikipedia
What happens when we try to interpret the fossils of an animal with no obvious modern analog?


Consider Parasaurolophus, a Cretaceous lambeosaurine ornithopod dinosaur. Like other ornithopods, it had a deep, laterally compressed torso and tail. The vertebral column of both was stiffened by ossified tendons. The comparison of the deep flat tail to those of swimming vertebrates, combined with the early 20th century conviction that large dinosaurs would have had trouble generating the energy to support their weight on land gave rise to reconstructions of Parasaurolophus as an aquatic creature. The idiosyncratic crest must, therefore, have been a snorkel.

This, at least, was a falsifiable hypothesis. More thoughtful biomechanical analyses of the vertebral column showed that the trunk and tail were inflexible from side to side. Furthermore, the tail vertebrae of actual aquatic reptiles like crocodilians generally had long lateral extensions to give axial muscles better leverage.

Worse, although the crest connected to the pharynx and nasal cavity though an elaborate system of passages, no specimen of the "snorkel" actually had a hole in the top to admit air. Eventually a revised interpretation of Parasaurolophus as a land animal emerged.

Still, its crest stimulates speculation, including.

Interesting ideas, all based in some way on the comparative method and absolutely non-falsifiable

Perceiving comparative similarities, like the perception of any pattern in a set of data, is a creative act. Ironically, of all paleontological methods, this one probably has the greatest tendency to push the limits of the proper Scientific Method. In the worst case, the result can be "Just so stories" like those of Rudyard Kipling - appealing speculation with no hope of ever being rigorously tested.

Perhaps the only absolute criterion for falsification of functional hypotheses. A hypothesis of function is definitively falsified if:

This allows us to make some inferences with confidence. Consider the maximum size of a flying bird: Selective pressure to develop maximum flight thrust is such that in most birds, the major flight muscles already occupy the maximum possible proportion of overall body mass, regardless of size. Thus, they cannot be scaled up allometrically. Huge birds that would require more muscle than this are forbidden. This places a limit on the overall size of an exclusively powered flyer of roughly 12 kg. - roughly the size of the largest powered flyers such as:

are the limit. Any larger bird such as the 15 kg. Pleistocene Teratornis merriami must employ some kind of soaring strategy, at least some of the time. Thus, we are confident that a 40 kg. Pteranodon would also have to resort to soaring because of the same constraints.

Indeed, mapping pterosaurs onto theoretical morphospace (see Witton and Habib, 2010, for example) might support this scenario, provided our morphological assumptions are correct and in agreement.