Key Points:
•Traditional Lophophorata includes bryozoans, brachiopods, and phoronids - animals with lophophores. Monophyly uncertain. Some animals with lophophores - Pterbranchia - have never been considered closely related.
•Phoronids are closely related to brachiopods, but lack valves.
•Brachiopods have a characteristic morphology with peduncle, lophophore, and two valves. Most are sessile epifaunal suspension-feeders.
•Brachiopod have an extensive traditional taxonomy. Phylogenetic analysis is beginning to make inroads, revealing three major groups: Lnguliformea, Craniiformea, and Rhynchonelliformea.
•The traditional "articulate," brachiopods belong to Rhynchonelliformea. Sometraditional taxa are monophyletic, others are not.
•Brachiopod evolutionary trends show first appearance in Early Paleozoic, peak diversity during the Late Paleozoic, and reduction to marginal environments in the Mesozoic and Cenozoic.
•Creatures on the brachiopod stem include the soft-bodied Drakozoon, Micrina from the Tommotian small-shelly fauna, and, apparently, hyoliths.
•The oldest crown-group brachiopods, including Xianshanella haikouensis and Askepasma saproconcha are from the early Cambrian.
•Bryozoans are colonial and display characteristic zoarium (colony) and zooid morphology/anatomy.
•Bryozoans can't eliminate nitrogenous waste, instead storing it in their tissues. They then can "eliminate" their internal tissue and regenerate from their body walls.
•Bryozoans include groups with and without substantial fossil records, each with characteristic diagnostic features.
•The Ordovician, Siluro-Devonian, Late Paleozoic, Late Mesozoic, and Cenozoic each display a characteristic record of distinct bryozoan groups' apex zones. Each major extinction event pruned them significantly, with recovery from the end-Permian event being especially prolonged.
•Lophophorate systematics are currently unsettled, however recent work points toward a monophyletic Lophophorata.

"A popular belief has developed that a lifetime of research is the essential qualification for identification of bryozoans."
(W. H. Twenhofel and R. R. Shrock, 1935.)

As discussed previously, the monophyly of Lophotrochozoa is well supported by molecular and morphological evidence. We now consider "Lophophorata" animals with ciliated feeding appendages called lophophores. Note: there are other animals with lophophore-like appendages that we aren't considering, including:

Bryozoan lophophore from Iowa State University -
Department of Ecology, Evolution, and Organismal Biology
"Lophophorates" are morphologically similar in sharing: Currently there is no strong argument that animals with lophophores are one another's closest relatives, however...

they do display clear similarities: 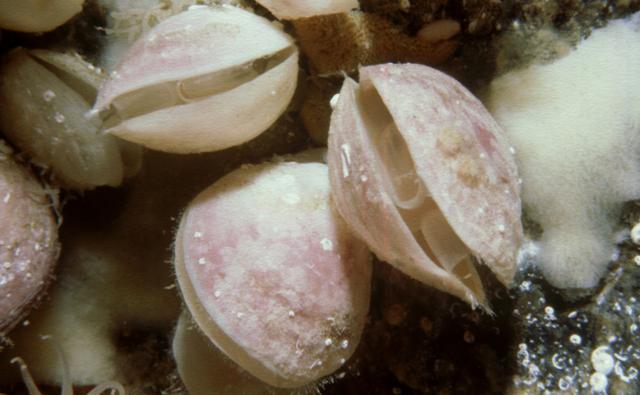 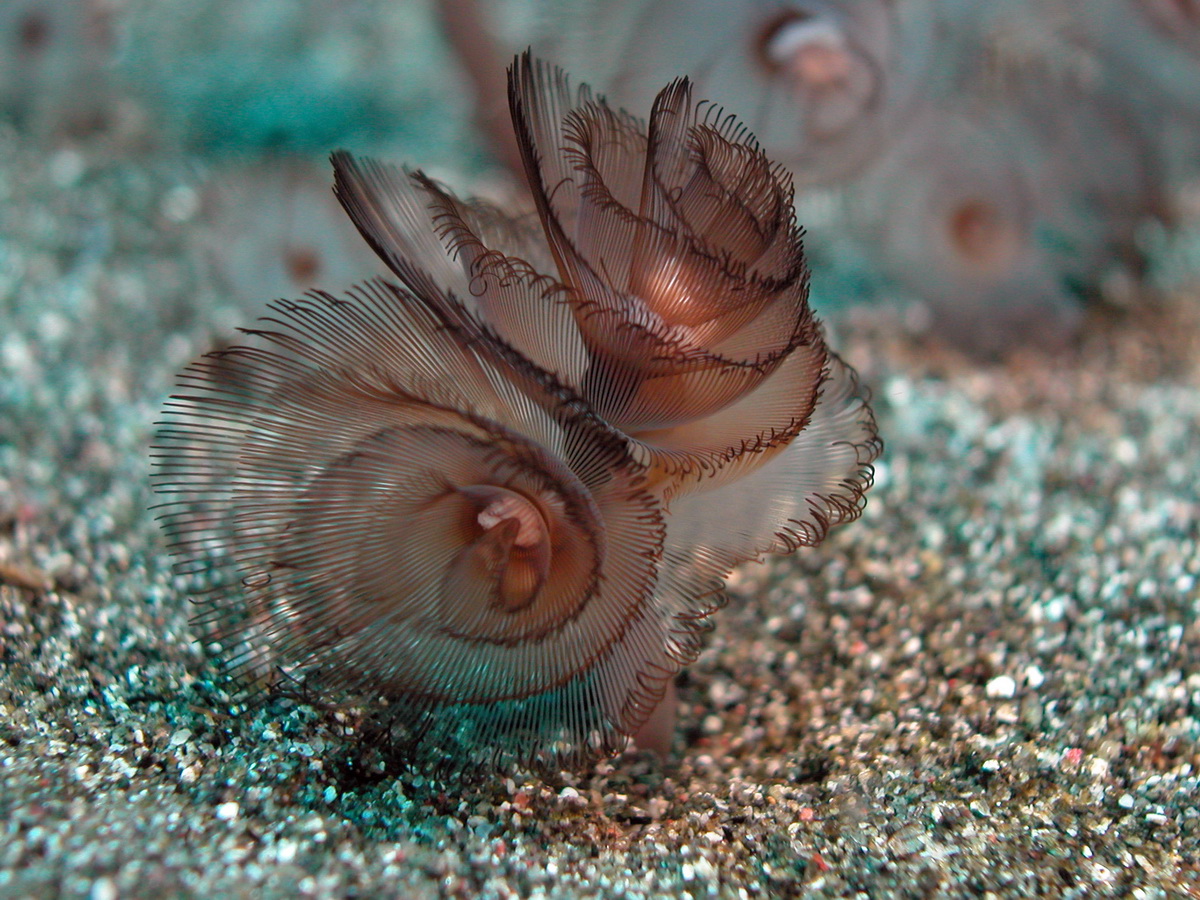 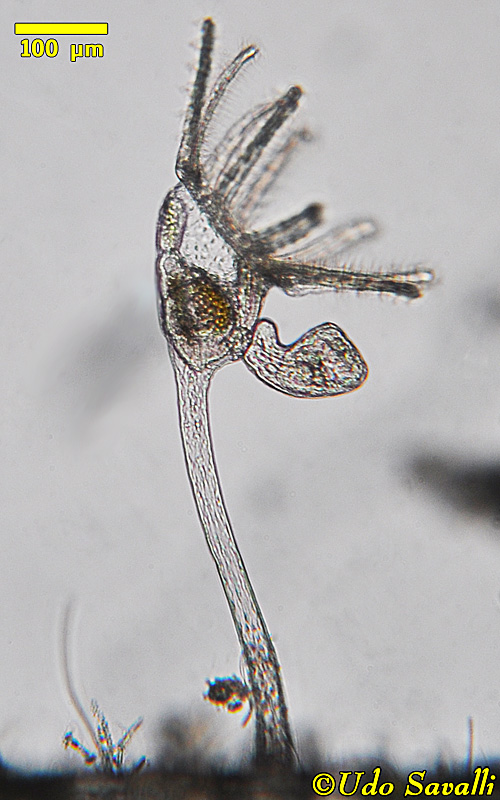 The relationships of these groups are discussed below. Mostly, we are concerned with Bryozoa and Brachiopoda, which have substantial fossil. records.

(No record) Represent what we might imagine to be the ideal ancestral lophophorate. Characteristics: Why do we,as paleontologists, care about critters with no fossil record? Because they illuminate the relationships of critters with good records. Consider Conway-Morris and Peel, 1995's notion of a sister-taxon relationship between brachiopods and the early Cambrian (Sirius Passet) taxon Halkieria. Sounded reasonable only as long as:

Brachiopod ecology: Although brachiopods encompass much diversity, certain generalizations are valid throughout. 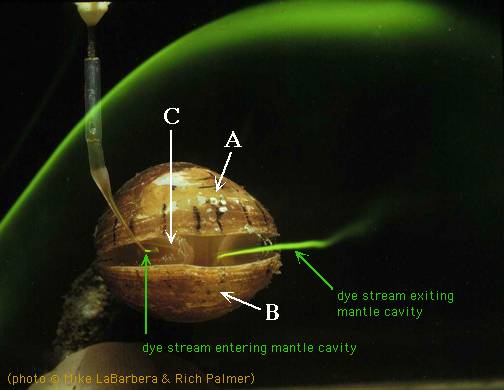 From University of Alberta Department of Biological Sciences

Major clades: Biostratigraphers and other nuts-and-bolts employers of practical paleontology have long employed a traditional Linnean taxonomy of brachiopods, that has been unsettled by the rise of Phylogenetic Systematics. The application of the latter has resulted in the elevation of previously obscure lower-order groups to prominence and the dismissal of time-honored groups as paraphyletic. Here, we attempt a compromise: a survey of the phylogenetic taxonomy of the major traditional Linnean groups based primarily on Carlson, 2007. For a more detailed phylogeny see 3D Brachiopod Images at UC Davis. 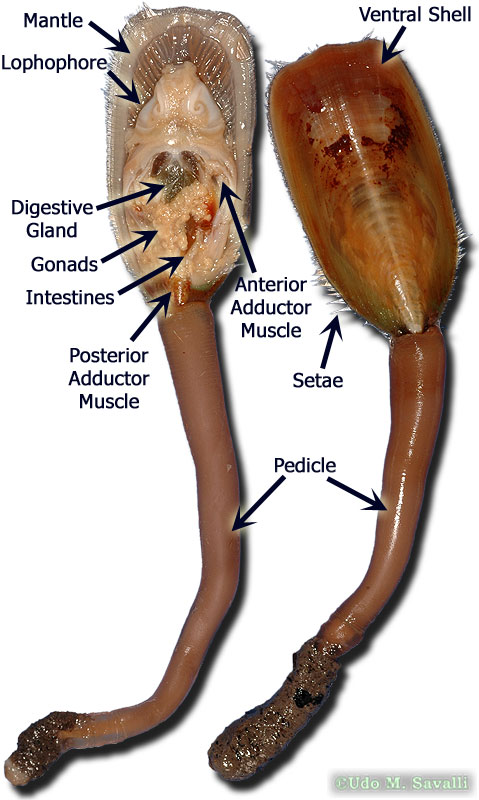 Rhynchonelliform systematics: A complex topic. Your text provides a detailed list of currently acknowledged monophyletic rhynchonelliform taxa. Here, we present seven groups that are heavily cited in traditional century literature. In some cases, their monophyly is not certain: Arguably paraphyletic with respect to...... from University of California Museum of Paleontology 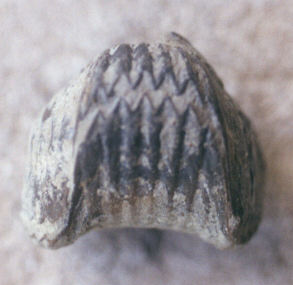 Evolutionary trends: The relative abundance of different groups of these common fossils imparts a distinct character to shallow marine deposits of different systems. Thus even a geologist wit no interest in brachiopods, per se, should learn to identify them: 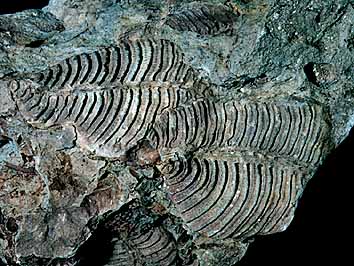 From Friends of Taputeranga Marine Reserve Xianshanella haikouensis
Because creatures like Lingula show up early it is tempting to regard them as the ancestral brachiopod morphotype, especially given their mobility. Key Cambrian fossils seem to refute this: We are left with a picture of an attached ancestral brachiopod with an articulate but phosphatic shell. We await the key fossils.


For an outstanding review of brachiopod evolution, see Carlson, 2016

But what does any of this tell us about everyone's favorite group?

The taxonomic history of this group is complex. Nineteenth century workers first applied "Bryozoa" to the same critters that bear it today. By the turn of the 20th century, however, the discovery of entoprocts had complicated matters such that workers recognized two classes of "bryozoans:" During the 20th century, these were recognized as being only distantly related. With Entoprocta removed, "Ectoprocta" became a junior synonym of Bryozoa. Today some workers continue to use Ectoprocta, however.

You've probably seen them without knowing it. General characteristics: 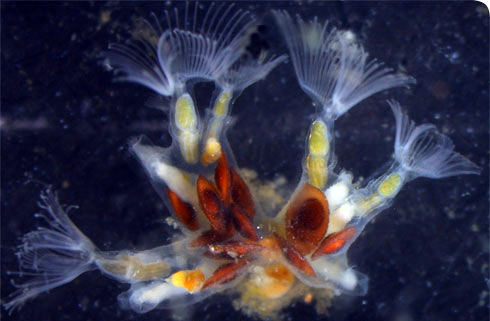 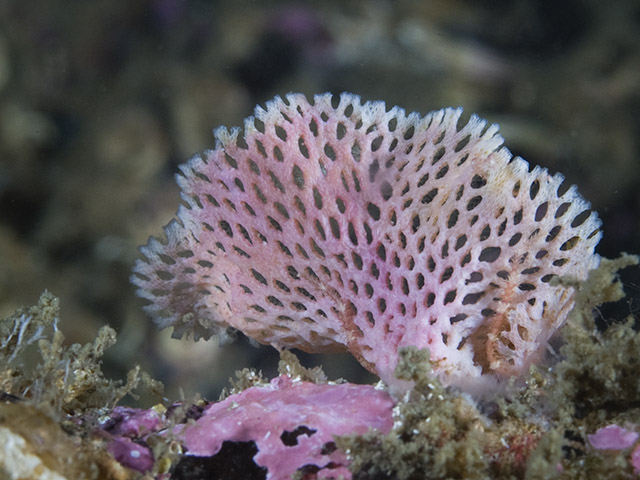 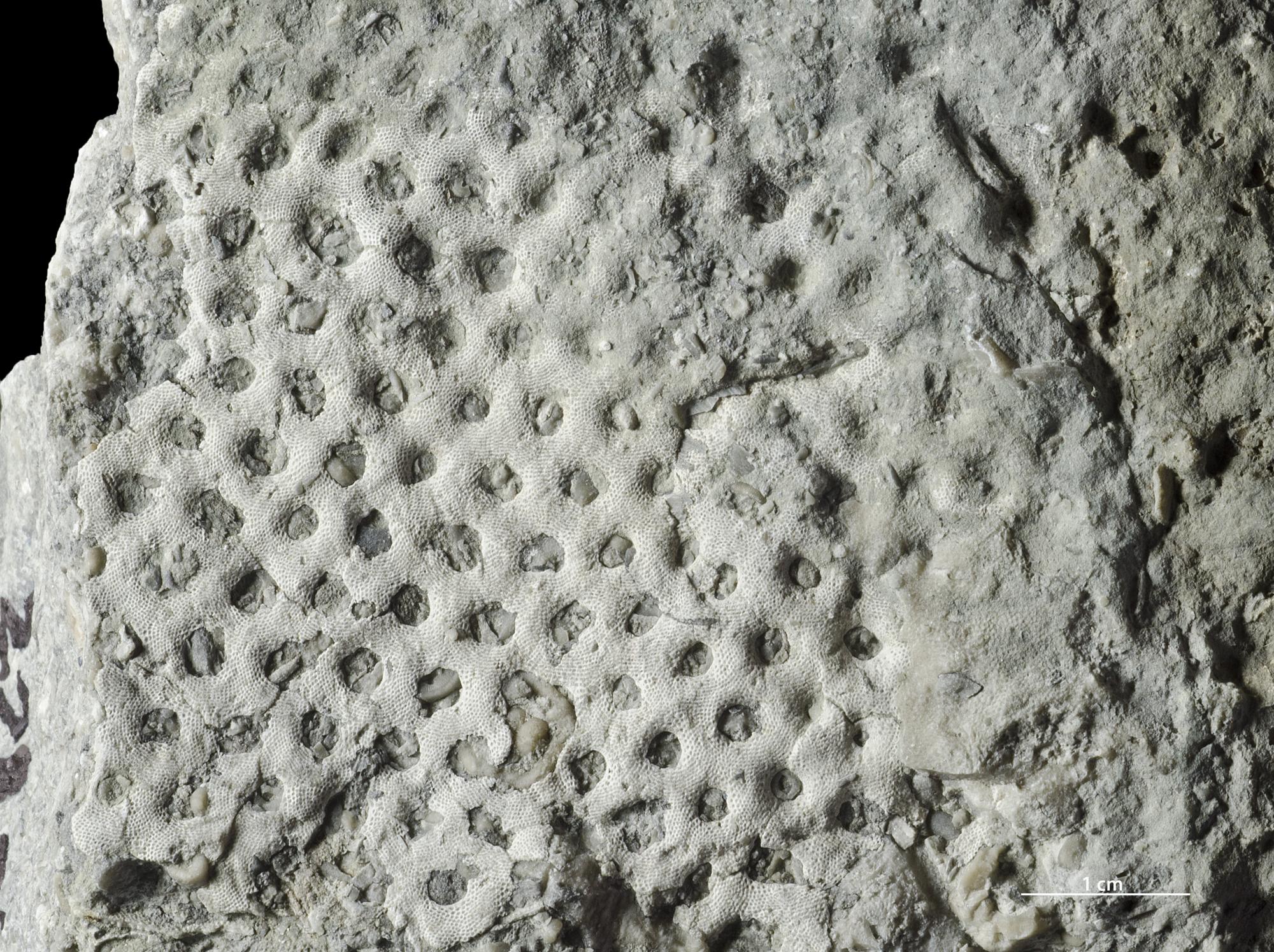 The Linnean "subkingdom" Lophophorata has been recognized as problematic since the early days of phylogenetic systematics, and remains unsettled.

Bryozoans are classic "wild card" taxa, jumping around in otherwise stable phylogenies. They seem to be closer to Trochozoa than to Ecdysozoa or Deuterostomia in most molecular analyses. Alas, the bryozoan genome is as derived as its morphology, making it a difficult subject for molecular methods.

The whole question of lophophorate phylogeny is unsettled. We seem to know only that: